Why is big oil so excited about Alaskan crude? 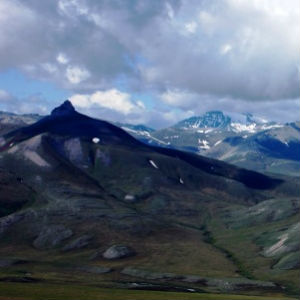 The report, named Special Alaska Lease Sale Areas (SALSA), was released last month and includes a groundbreaking and sizeable collection of data gathered over decades of Alaskan oil exploration. The information is distributed across many Alaskan agencies and would therefore be extremely difficult to gather by an outside interest. The highly valuable data, if gathered today, would take months to collect and cost hundreds of millions of dollars, according to experts.

In the SALSA report, the curious public and potential investors can find detailed information about specific wells, leases, and the quality of certain reservoirs where oil and gas have been found over the last decades. Also, perhaps most importantly, newly released reports of seismic surveys which legally can only be released ten years after the survey is conducted (dozens more will be released in the coming years as they become legally available).

The data reported in SALSA focuses on three drilling sites on the Alaskan North Slope: Harrison Bay (just north of National Petroleum Reserve fields currently under development by ConocoPhillips), Gwydyr Bay (north of the Prudhoe Bay oil field), and Storms (an inland region south of Prudhoe Bay). Combined, the three areas add up to about 120,000 acres.

If all goes according to the state’s plans, oil companies will see the numbers as an enticing investment opportunity and an open invitation to bid on leases in the area. The timing of the report is opportune, as special sale of the three aforementioned North Slope leases will be held later this year alongside Alaska’s annual December lease sale.

Another goal of the data release is that private interests will use the information to discover previously overlooked deposits, like the 2015 discovery of the massive Pikka oil field, which has the potential to produce up to 1.2 billion barrels of oil. After years of diminishing returns in the once mighty North Slope, Pikka is just one of three major recent finds that revived interest in the North Slope in a massive way.

This time last year, Alaskan oil was in big trouble. The state was over a billion dollars in debt, the North Slope and Cook Inlet oil fields were facing thousands of layoffs, the Trans-Alaska Pipeline System was all but dry, and many Alaskans were growing weary of their state’s dependence on oil at any cost to the environment.

Many of these issues persist: the state is still in debt, many Alaskans - particularly the Inuit communities who lived on this land far before oil was discovered beneath it - are still resentful of the environmental damage Big Oil brings to the fragile ecosystems, and CNBC just gave the state the unenviable title of worst in the nation for business.

However, there’s still hope for Alaska. Thanks to major efforts like the SALSA report and the upcoming special sale, it looks like it might finally be time for a turnaround in the Alaskan economy. Alaskan unemployment, while still in a considerable slump, is slowly improving, having dropped from 7.2% (the highest in the nation) to 7.1% in June. Some are saying that Alaska holds significant promise for unconventional oil and gas production, ConocoPhillips is making progress on their planned multibillion-dollar Willow oil development in the North Slope, and they’ve made it clear that they plan to keep exploring in the area.

Alaska is not out of the woods yet, and economic improvement won’t be immediate. They have a long way to go to climb out of the extreme debt and dismal unemployment and poverty rates. It will require a lot of work and patience from government, business, and the public alike, but for the first time in a long time there is a lot of hope for the North Slope.