What’s Behind The Continued Selloff In Oil? 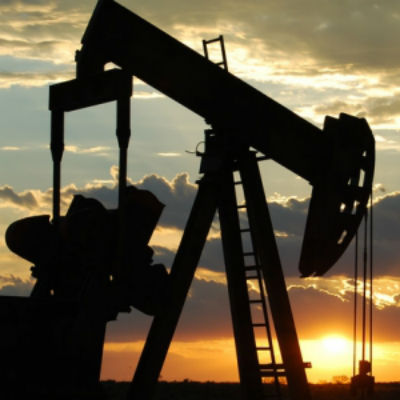 Investors are growing increasingly pessimistic about the direction that the oil market is heading in, and their negative outlook is helping to drag down crude oil prices.

Hedge funds and other money managers continue to slash their bullish bets on oil futures, a trend that has led to a dramatic reshuffling in the makeup of investor positioning. For the week ending on 23 October, long-to-short bets fell to a 4:1 ratio, a sharp reduction from the nearly 26:1 makeup in July, according to the Wall Street Journal.

The liquidation of bullish bets shows a sharp reversal in market sentiment. Over the summer, sanctions on Iran combined with the temporary outage in Libya led to fears of a supply shortage, pushing investors to stake out ever-increasing volume of bullish bets on crude futures. That sentiment stalled in August as Turkey’s currency crisis exploded, and a range of other emerging markets saw their economies hit the skids.

Bullish sentiment renewed in September as Iran sanctions loomed, and the disruptions to Iran’s oil exports proved to be worse than previously expected. However, a month later, the global economy is showing some worrying signs of a slowdown, while Saudi Arabia has pledged to increase production to cover for any shortfall left over by Iran.

The latest reversal in fortunes for crude oil has led to a corresponding plunge in the net-length of investor positions.

Meanwhile, the futures curve has also taken on a more bearish tinge. A month ago, the WTI futures curve was in a state of strong backwardation, a structure in which near-term contracts trade at a premium to longer-dated futures. Backwardation is associated with a tighter oil market, as investors slap a premium on oil delivered in the near-term.

The curve has suddenly flipped into contango – front-month contracts are trading at a discount to crude deliveries for next year – a sign that the markets are concerned about oversupply.

“Some market observers thought at the beginning of October that the price would climb to $100, begging the question of what has changed so fundamentally in the past three to four weeks. What has changed above all is market sentiment, as evidenced by the massive withdrawal of speculative financial investors,” Commerzbank said in a note.

There are concerns about the physical market as well. Vitol Group, the world’s largest oil trader, revised down its demand forecast on Tuesday for both this year and next. Instead of expanding by 1.7 million barrels per day in 2018, Vitol now sees global oil demand rising by only 1.3 million barrels a day (mb/d), a dramatic revision. Also, demand growth for 2019 could be only 1.3 mb/d, down from 1.5 mb/d previously.

“We have never been hyper-bullish. We have always had an expectation that high prices would dent demand,” Vitol CEO Russell Hardy said told Reuters. “Crude markets are not that tight in the immediate term ... and a fair price of oil going into next year is probably closer to the $70 or $65 per barrel mark than the $85-$90 area that some people are talking about.”

The U.S.-China trade war is an old story by now, but the effects of the standoff are only now becoming visible. For instance, Cummins Inc., a maker of engines used in heavy-duty trucks, said this week that the trade war will cost the company $250 million in 2019. China’s car sales are slumping as well.

Unless the two sides resolve their differences, the situation could only get worse. President Trump and Chinese President Xi Jingping are set to meet at the G20 summit in Buenos Aires in late November, where there is some chance that the two leaders reach a breakthrough. However, the Trump administration could move forward with tariffs on an additional $257 billion in Chinese goods if the talks fail, according to Bloomberg. Separately, the 10% U.S. tariff on the earlier tranche of $200 billion worth of Chinese imports is already scheduled to balloon to 25% at the start of 2019.

“There are fears that China is about to become embroiled in a trade war with the US, which could push China into the biggest slowdown since the financial crisis and cripple oil demand,” Neil Beveridge, an analyst at Sanford C. Bernstein, told Bloomberg.

Oil prices have declined by more than 10% in the past month. The liquidation of bullish bets by major investors likely magnified the selloff. The next steps are unclear. To some extent, the reduction in bullish positions lets steam out of the market, giving more room for another rally, should market metrics tighten again. However, for now, investors are no longer confident that prices will move higher from here.