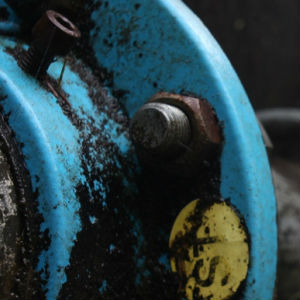 Oil prices rose on Monday on news that OPEC only added a modest amount of additional supply to the market in September, contrary to previous expectations.

Saudi Arabia had promised that it would ramp up oil production in September and again in October, despite the non-decision from Opec+ on an official increase in output. However, a report from Reuters suggests that while Riyadh followed through on this pledge last month, it only added a relatively modest 50,000 barrels per day (b/d) compared to August levels.

In fact, all of Opec produced 32.85 million b/d in September, an increase of only 90,000 b/d on net compared to a month earlier. The gains were largely possible only because of the restoration in output from Libya, where production jumped above 1 million b/d.

If you exclude Libya from the equation – since Libya is not part of the binding production cut Opec+ deal – the compliance with the output limits rose from 122% to 128% in September. In terms of production volumes, that translates into a 70,000-b/d decline.

Opec was still able to increase production with the help of Libya, but market concerns about supply tightness were hardly put to rest. After all, Libya’s increase is likely a one-off, a restoration of disrupted output from prior months. And the ongoing conflict in the country means that there is always a risk of more disruptions. Nigeria also resolved some outages, adding roughly 50,000 b/d last month. Reuters noted that Angola increased production in September on the startup of a new field, although the country’s production level is still far below its allotted limit as part of the Opec+ deal.

These are meaningful increases in supply, but they will be difficult to replicate.

As a result, the main focus for the oil market over the next few weeks will be on the tension between falling supplies from Iran and Venezuela versus the increase in supply from Saudi Arabia. Saudi Arabia’s 50,000 b/d increase in September was outweighed by the 100,000 b/d loss from Iran.

Major investors do not appear to buy Saudi Arabia’s insistence that the market is well-supplied. Hedge funds and other money managers increased their bullish bets on crude futures for the week ending on 25 September, the fifth consecutive week of an increase in net-length. The bullish positioning is concentrated in Brent futures, not WTI, a reflection of tightening supply in the Middle East while record US shale production is struggling with inadequate midstream capacity.

Meanwhile, there were a few other pieces of news that may have played a role in pushing Brent over $84 per barrel on Monday. First, even as shale drillers continue to press forward, the US rig count fell on Friday, which offers some evidence of a drilling slowdown. “Trading this morning has also seen futures creep upward, potentially on the back of a decline in the US weekly rig count last week,” JBC Energy wrote in a note. The oil rig count fell by three last week, two of which came out of the Permian.

More importantly, China may be succumbing to US pressure to cut oil imports from Iran. Sinopec reportedly cut its oil imports from Iran by half last month, although specific numbers were unclear. Sources told Reuters that American officials traveled to China to more or less issue “an ultimatum” to cut Iranian oil purchases.

“Prices were leant renewed buoyancy on Friday by the surprising news that a state oil company from China has significantly reduced its oil purchases from Iran. Sources familiar with the matter report that loadings were halved to 130,000 b/d last month,” Commerzbank wrote in a note. “China and its state-owned companies had been thought immune to the looming US sanctions. Apparently this is not the case after all.”

Commerzbank said that with China cutting back, there is a risk that Iran’s oil exports fall by a massive 2 million b/d. “In response to the latest developments, we are upwardly revising our year’s end forecast for Brent to $85 per barrel,” the bank said.

It remains to be seen if this scenario plays out, but the loss of 2 million b/d of Iranian exports would be very hard to cover. Opec would struggle to compensate for a loss of this size, even if it were to use most of its spare capacity. That leaves open the possibility of a release from the US strategic petroleum reserve or American exemptions for country’s buying Iranian oil. However, this is just speculation.

“I don’t think anybody can anticipate how this all plays out in the next two months,” said Barclays’ Ric Cohen, according to the Wall Street Journal.