The Permian could soon have too much pipeline capacity 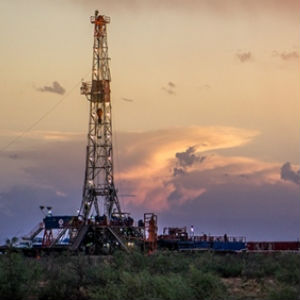 The Permian could soon have too much pipeline capacity, a glut that will present problems for midstream companies.

You could be forgiven for doing a double take on that sentence. There has been a lot of attention paid to the pipeline woes in West Texas, but because of the unfolding shortage, not a surplus. The flood of supply over the past few years suddenly ran up against a wall of fixed takeaway capacity in 2018. The result has been maxed out pipes, painful discounts for crude in Midland and concerns about a production slowdown sweeping over the basin.

Now there is a rush to build more pipelines to load up all of that crude coming out of the ground. But with several projects in the works and set to come online essentially at the same time – in late 2019 and early 2020 – the Permian could see a massive increase in pipeline capacity, hitting the market in lump sum fashion at the same time.

The Permian has around 3.1 million barrels per day (b/d) of takeaway and local refining capacity, plus some 300,000 b/d of local refining capacity. The Permian is producing just around 3.4 million b/d, which means the pipelines are nearly full or already at capacity. Production is expected to continue to rise over the next year, although pipeline constraints could curtail output by around 200,000 to 300,000 b/d, Barclays said a few weeks ago. Still, the US Energy Information Administration (EIA) sees the region adding around 600,000 b/d in 2019 - that will be difficult for the midstream sector to digest.

But over the next two years, a series of new pipelines will come online, with in-service dates scheduled close together. According to S&P Global Platts, an estimated 2.6 million b/d of pipeline capacity will come online by 2020, with a further 1 million b/d on the drawing board but lacking a timeline.

That is great news for oil producers who have seen the discount for Midland WTI relative to WTI in Houston balloon to double digits. With benchmark WTI trading in the upper-$60s, Permian producers that have not secured pipeline space or hedged their production are selling oil in the mid to low-$50s. That discount should worsen over the next year until new pipelines come online.

But when the wave of takeaway capacity does hit the market, the discount should narrow considerably. For that reason, most analysts still see robust production growth in the Permian and although Permian-focused shale drillers have seen their stock prices beaten down this year relative to their peers, many market watchers are still bullish on their fortunes beyond next year.

The flip side of this dynamic is that a rush of new midstream capacity could be negative for midstream companies. A glut of pipeline space, as S&P Global Platts frames it, could “spell trouble for existing pipelines should shippers prefer to move barrels on newer projects, which could jeopardise cash flows to infrastructure already in place if operators have to swallow lower re-contracted rates and a decline in spot traffic.”

In fact, securities analysts gave the thumbs-up to Plains All American Pipeline LP and Magellan Midstream Partners for moving to sell the BridgeTex Pipeline for $1.438 billion because it could lose out to newer pipelines when they come online. The assessment of that transaction is notable given the current premium placed on pipeline space right now, but the analysts see the medium-term outlook a little less favorable to pipeline operators.

Still, others view the problem as a relatively minor one because, over time, Permian production is expected to continue to climb relentlessly higher. According to an estimate from IHS Markit in June, Permian oil production will surge over the next five years, driven by an expected $308 billion in upstream spending between 2018 and 2023, which will translate into an additional 41,000 wells drilled.

“In the past 24 months, production from just this one region – the Permian – has grown far more than any other entire country in the world,” said Daniel Yergin, vice chairman of IHS Markit. “Add an additional 3 million b/d by 2023 – more than the total present-day production of Kuwait – and you have a level of production that exceeds the current production of every Opec nation except for Saudi Arabia.”