The biggest threat to the oil and gas industry 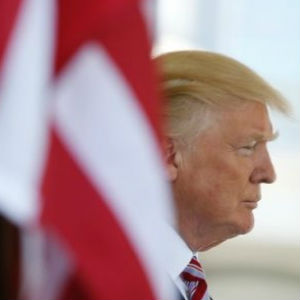 Trump’s trade war is taking a toll on the oil and gas industry.

There has been some eleventh-hour drama over the renegotiation of Nafta, but the energy industry is likely going to dodge a bullet on that front, with the most contentious issues revolving around agriculture and automobiles.

But even if the Nafta renegotiation succeeds, the oil and gas industry has already taken a hit from Trump’s broader trade war.

The most obvious impact comes from the 25% steel and 10% aluminum tariffs that the Trump administration has placed on a variety of countries, which have pushed up the cost of steel in the US, leading to cost inflation for oil and gas projects. Worse, the application system for waivers is cumbersome and time-consuming, and some companies are angry because precisely who obtains an exemption from federal government seems to be arbitrary.

For instance, as Reuters reported, Chevron received a waiver for importing a 4.5-inch steel pipe used for oil exploration while a small company called Borusan Mannesmann Pipe saw its application rejected by the US Commerce Department for a similar steel pipe used in well casing. The Commerce Department has been accused of not providing adequate information on why it rejects certain cases, offering only vague language such as the availability of domestic steel. A common thread in the rejections seems to be opposition submitted from steel producers.

Reuters says that Commerce has received over 37,000 applications for waivers from US companies, but the agency has only issued decisions on 2,871 of those requests as of 20 August. Roughly two-thirds of the applications were approved, but nearly 1,100 were rejected. “The Commerce Department is now hard-pressed to spend more than a few minutes reviewing each application,” said Bernd Janzen, a partner in Akin Gump Strauss Hauer & Feld LLP, told Reuters. In the case of Borusan, which saw its application rejected, the company expects its operating costs to rise from $25 to $35 million because of the tariffs.

A few weeks ago, Plains All American also was rebuffed by Commerce for imported steel for its Cactus oil pipeline in Texas. The CEO of Plains called the tariffs a “$40 million tax.” The Cactus pipeline is seen as particularly important because it will help relieve the midstream bottleneck in the Permian when it comes online.

Needless to say, steel and aluminum are crucial materials to oil and gas projects, and while the Trump administration is aiming to revive domestic manufacturing, users of those components will pay the price. The costs will reverberate throughout the energy industry, from upstream producers, to oilfield services, refiners, liquefied natural gas (LNG) exporters and the endless array of related suppliers and servicers.

Still, things could soon get much worse. The Trump administration is reportedly on the verge of moving ahead with the proposed $200 billion in tariffs on Chinese goods, according to Bloomberg. The proposed duties have to go through a public comment period, but that period ends on 6 September, clearing the way for Trump to proceed.

Some even view the progress on Nafta as a worrying sign for the US-China dispute. “So as far as China and Asia are concerned, this new Mexico deal solves nothing,” ING Bank NV in Singapore wrote in a note after the US-Mexico bilateral deal was announced. “It strengthens the US position to play hardball with China. This doesn’t look good for the region.”

The personnel making up the Trump administration are often described as being divided into two camps, those in favour of free trade and those that are more nationalistic, spoiling for a trade fight with China. The latter group, seems to have had the upper hand as of late. “The hawks are certainly in the ascendancy on China trade policy,” Amy Celico, principal of Albright Stonebridge Group, said on Bloomberg TV.

That does not bode well for a resolution to the trade fight. China has signaled that it won’t back down and will try to match US tariffs with levies of their own. Up until now, China has refrained from slapping tariffs on US crude oil and LNG exports, but there is a good chance that the next phase will ensnare oil and gas.

At that point, the trade war could start to affect global growth. “The scale is enormous and once the tariffs materialise, they will definitely send jitters through financial markets,” Gai Xinzhe, an analyst at the Bank of China’s Institute of International Finance in Beijing, told Bloomberg.

Implementation of the $200 billion in tariffs is not a foregone conclusion. The Trump administration could impose tariffs in increments, delay them or hold off altogether. But should Trump choose to take the trade fight to the next level, he will be doing so at a time when emerging markets are rattled by currency turmoil, global growth looks shaky, and a growing number of economists see rising potential for a recession in the US over the next two years.