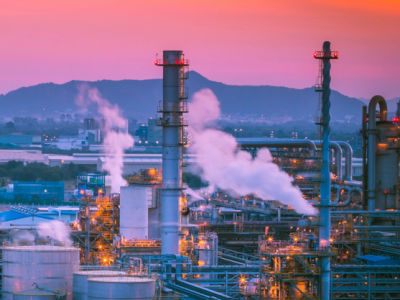 The oil market is 'tightening up', but the Trump administration could still spoil oil prices if its aggressive trade war against China drags economic growth down.

The US stepped up the trade conflict with China on Monday when the Trump administration announced $200 billion in tariffs on Chinese imports. The move had been expected for weeks but trade proponents had hoped that the administration would ultimately shelve the idea when push came to shove.

Not only did Trump move forward with punitive tariffs on China, but he also hinted that another $267 billion in tariffs are under consideration.

The trade war could hit the oil and gas markets in several ways. First, the back-and-forth escalation of tariffs could drag down economic growth. The first round of tariffs, which hit $50 billion in Chinese goods, targeted a relatively narrow set of products. But the latest $200 billion in tariffs will raise the cost for a wide array of consumer goods in the US, which could slow the economy. Specific industries that are affected by the tariffs will see more concentrated damage.

Second, oil and gas are likely to be specifically affected by the trade war, which wasn’t the case in the previous rounds of tariffs. China announced $60 billion in retaliatory measures on Tuesday, which included a 10% tariff on imported liquefied natural gas (LNG) from the United States.

The problem with the trade fight is that once the tariffs are in place, there is pressure on both sides not to back down. That doesn’t bode well to a swift resolution of this conflict.

Over the longer-term, the tariff upends the economics of building new LNG export terminals in the United States. China has emerged as the main driver of LNG demand growth, and any new export terminal located anywhere around the world likely has China at the centre of its calculations. According to S&P Global Platts Analytics, China is expected to make up a third of global demand growth through 2023, with consumption rising by 154% over 2017 levels.

If the business case for new export terminals in the US no longer look compelling because of tariffs from China, other projects around the world could receive a boost. “The US is one of the world's main LNG suppliers, but other countries are capable of supplying China - including Australia, Qatar, Malaysia and Russia," Stephen Comstock of the American Petroleum Institute told S&P Global Platts.

For now, China has declined to put tariffs on US crude oil. In fact, China has stepped up purchases of oil from the United States over the past two years. However, Beijing could be reserving that option for the next round of escalation, such as in retaliation for the potential $267 billion in further tariffs that Trump has threatened.

New tariffs on US crude might not necessarily spoil the oil market directly. US crude exporters could find other buyers, but they might have to discount their oil more heavily. China, in turn, would buy oil from elsewhere, so the effect would be to scramble trade flows rather than fundamentally disrupting them.

The larger effect on the oil market would come from the negative impact on the global economy. “So far, the trade conflict between the US and China has had no visible impact on oil demand in either country. Crude oil processing in the US and China is at or near a record level,” Commerzbank wrote in a note. “However, the more the tariffs continue to spiral, the more likely it is that there will be a negative impact on the economy and oil demand of the world’s two largest oil consumers. What is more, it is conceivable that China will also slap a punitive tariff on US crude oil. This has not been the case as yet.”

Meanwhile, China could explore other ways to make life difficult for the Trump administration, such as doing its best to buy as much oil from Iran as possible. China has sent mixed signals on how much it might pare back on Iranian oil imports, even as it rejected the legitimacy of sanctions. However, with the trade war escalating, China might take a more aggressive stance on helping Iran avoid the impact of sanctions.

For now, there was little visible impact on oil prices. On Monday and Tuesday, oil prices did exhibit any significant price swings. However, prices were arguably much more muted than they otherwise might have been. News broke that Saudi Arabia was content to let Brent rise above $80 per barrel, a development that normally would send prices soaring. It’s possible that traders discounted that news due to the escalating trade war between the US and China.