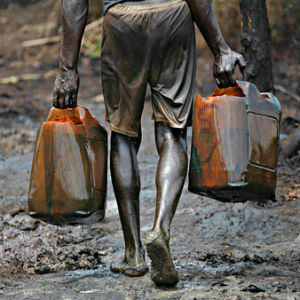 After decades of difficulties in Nigeria over crude theft, pollution and oil-related corruption, Royal Dutch Shell still feels optimistic a fossil fuel can improve life in the country.

The Anglo-Dutch oil major is seeking to develop Nigeria’s domestic energy market around natural gas. It’s plentiful, harder to steal, better for the environment and can underpin a robust industrial sector that could potentially employ thousands, according to Ed Ubong, the managing director of Shell Nigeria Gas.

His vision is vastly different to how Nigeria looks today. The West African nation’s manufacturing sector is minute. About four times more people in the country get power from individual diesel generators than from a utility, because running a centralised energy system in Nigeria is fraught with challenges.

Still, Ubong believes Shell has done the groundwork to set up a gas-based system, and that the organisation’s influence and large balance sheet can transform Nigeria’s population of almost 200 million people into a new market.

“Imagine if you held maybe $100m in the US, would it convince you to set up a factory in Nigeria?” Ubong said in an interview at Shell’s residential compound in Port Harcourt, southern Nigeria. “The first thought companies have is: do I have power?”

Gas demand in Nigeria has remained low, and hard to calculate - Ubong wasn’t actually able to say what it was - partly because there isn’t a robust distribution system.

The country consumed 20 billion cubic metres (bcm) - about 706.3 billion cubic feet (bcf) - of gas in 2016, according to government data. That’s just a quarter of the 81 bcm the UK consumed that year, and with just a third of Nigeria’s population, according to data from BP.

Nigeria’s gas reserves are thought to be the largest in Africa at 5.2 trillion cubic metres, according to BP data. Domestic gas production has been steadily increasing over the past decade, reaching 47.2 bcm last year. That’s up from 35 bcm in 2007.

Shell wants to expand the infrastructure needed to reach more gas customers by first focusing on what it calls “industrial clusters”. In these areas, it hopes to persuade foreign companies to build a concentration of factories that employ hundreds of people.

If the energy needs within the clusters are high enough, then building a new pipeline to connect the area to natural gas supply is likely to be profitable. The higher rate of local employment increases the number of people who can buy electricity from a power plant - preferably powered by natural gas and possibly owned by Shell - rather than using a diesel generator.

In theory, higher individual incomes and better connectivity should cause both gas and power demand in the country to soar. Currently, the average Nigerian uses the electrical equivalent of six light bulbs a day, according to the World Bank. Each American uses closer to 600.

“They’re [foreign companies] calling me,” said Ubong. “That’s how I know the demand is there.”

But to get to the level of development Shell hopes for, the company may have to endure further difficulties. Two decades ago, when it built a gas pipeline network in the western part of the country near Lagos, Shell suffered years of losses before attracting enough sales to turn a profit. The network now serves about 90 industrial customers, it says.

It would also require a change of focus in Nigeria’s production sector. Although the country is estimated to have more gas than Iraq, what’s been produced historically has mostly been a by-product of oil. It’s sometimes burned off, or flared, because it’s more economical to do that than capture and sell it.

It may be that the only large company willing to push through those sorts of challenges, while spending lots of money in Nigeria, is Shell. Ubong didn’t speak directly about the company’s checkered history in the country; he said it’s very determined to set Nigeria on a positive course.

“Would a private investor be able to sit down for ten years just watching, racking up his losses? Maybe not,” said Ubong. “But we know what our commitment is to Nigeria: to support it as it tries to industrialise.”