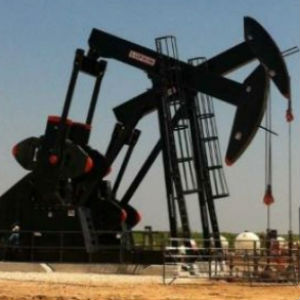 Oil prices will be much higher over the next few years than previously thought, according to a new report from Barclays.

The investment bank significantly raised its pricing forecast for 2020 and 2025 in its annual medium-term oil report. Barclays expects Brent to average $75 per barrel in 2020, up from a previous estimate of $55, while prices may average $80 in 2025, up from $70 previously.

The bank noted that the market is dramatically different than it was at this point last year when it issued its previous medium-term report. US shale drillers are maintaining capital discipline, which could lead to lower than expected production levels. Opec and Russia have demonstrated resolve and laid the groundwork for long-term market management, which could keep supply off the market for years to come.

Also, the US has deployed an aggressive sanctions campaign against Iran and even Venezuela, measures that should translate into more than a million barrels of per day of supply losses. Finally, “several key Opec producers are at risk of being failed states,” Barclays concluded.

But that does not mean that the world is set to suffer from supply shortages. “Prices could reach $80 and higher in the short term, but these price levels have reawakened the industry’s animal spirits,” Barclays said. “In our view we are not on the cusp of another boom cycle in oil prices because of an impending 'supply gap'."

Any near-term price spike will be driven by sentiment and temporary rallies, rather than a fundamental gap in supply. “Though we expect that a price range above $80 will become the new norm next decade, our market balances do not justify those price levels in the next one to two years,” Barclays argued. “There are many other possible reasons to be bullish during that time frame, but the ‘supply gap’ is not one of them."

A growing concern among oil analysts is the possibility of a supply shortage in the early 2020s because of the steep decline in upstream spending since 2014 and the dearth of final investment decisions on new projects. Barclays dismisses that concern, arguing that the volume of new supply in the pipeline, while lower compared to pre-2014 levels, is still significant. Plus, decline rates at a mature oil fields have improved in the last two years as oil prices have increased.

However, the bank still takes a much more bullish outlook on the oil market than it did previously. A combination of investment deferrals from an oil industry still exercising some semblance of capital discipline will lead to less upstream production than otherwise might be the case. That, combined with supply outages in a few key countries, could translate into roughly 2.5 million barrels per day (b/d) of oil removed from the market through 2025, Barclays estimates, pushing Brent prices up to $85 per barrel.

Still, that outcome is not a foregone conclusion, as there are always uncertainties. Oil prices could still fall in a scenario that includes lower GDP, higher than expected Permian production, or a spike in retail prices because of regulations from the International Maritime Organization taking effect in 2020 that will cut down on high-sulphur fuel supply.

One interesting conclusion from the report is that Barclays does not expect a boom-bust phenomenon to characterise the oil market over the coming decade, despite such a historic tendency. Short-cycle US shale supply, steady demand growth, and other global supplies should keep oil prices stuck within a $15 per barrel range. “Of course, a perfect storm of bullish factors would move prices in excess of $100 a barrel if disruptions worsen, economic growth stays resilient, and Permian bottlenecks are not resolved,” Barclays cautions. “Yet we do not see such a price level as sustainable given government stockpiles, a more tenuous economic outlook, and Saudi Arabia and Russia’s stated willingness to keep prices rangebound by raising output.”

Barclays expects the adoption of electric vehicles to continue to scale up, reaching a cumulative 55 million units by 2025, which erases about 1 million b/d of oil demand. Gasoline demand could peak by 2030, the bank says.

Astute readers would note that while Barclays expects oil prices to average $80 per barrel in 2025, Brent is flirting with that price level right now in September 2018. The supply losses from Iran, unfolding faster than expected, have complicated the supply picture for the rest of 2018. Brent has gained nearly $9 per barrel since mid-August.
Post to: