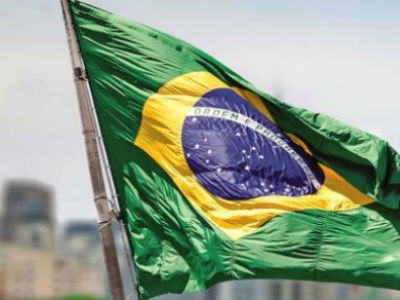 Brazil’s state-run oil firm Petrobras plans to shave another $10 billion off its huge net debt and increase oil production by as much as 10% to 2.3 million barrels a day (b/d) in 2019, chief financial officer Rafael Grisolia told Reuters in an interview published on Monday.

Petrobras benefited from the rising oil prices and reported in early August a thirty-fold yearly jump in its second-quarter net income, which also beat analyst expectations.

The heavily indebted company — the world’s most indebted oil company — cut more of its debt in the first half this year. Petrobras’ net debt stood at $73.662 billion at the end of June 2018, down by 13% compared to the end of December last year.

Petrobras is on track to cut that debt to $69 billion by the end of 2018, despite the fact that it is lagging behind with its $21 billion asset sales goal, Grisolia told Reuters in New York.

Next year, the company expects to further reduce its net debt by $10 billion, according to its CFO. The state-held oil firm, which has started to emerge from the huge corruption scandal, has plans to reach a net debt-to-earnings before interest, tax, depreciation, and amortisation (EBITDA) ratio of 2 times in 2019, and to continue slashing debt to reach the net debt-to-EBITDA ratio of 1-1.5 times, on par with the ratios at most international oil majors.

Petrobras currently aims to hit the one-and-a-half times net debt/EBITDA ratio in 2020 - but reaching that goal would hinge on the price of oil and other variables, including foreign exchange rates for the Brazilian reals, Grisolia told Reuters.

In terms of oil production, the company aims to increase output by between 8% and 10% in 2019 from the expected 2.1 million b/d production this year, the manager said.

Referring to the early October wide-open presidential elections in Brazil, Petrobras has held meetings with economic advisors to candidates, Grisolia told Reuters, but declined to comment on discussions with the candidates’ representatives or on their energy policy strategies.