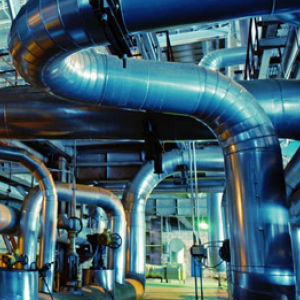 Oil is on track for a second consecutive week of gains, after two months of losses. Oil prices have climbed 10% in the past two weeks, and the big question is whether or not the momentum can continue.

The reasons for the recent rebound are multiple. First, from the perspective of the physical market, there have been recent bullish data points that suggest the market is tightening. The latest International Energy Agency (EIA) report revealed a surprisingly strong decline in crude oil inventories, gasoline inventories and also higher gasoline demand. Oil prices popped on the news.

Iran is also back on the front burner. The US-China trade war and the Turkish lira crisis have sucked up a lot of oxygen this summer, but the countdown to the implementation of oil-related sanctions on Iran continues.

The Wall Street Journal reported that Iran’s oil exports are falling much faster than most analysts had predicted. While China and the EU have vowed to continue to help Iran export its oil, it’s an uphill climb for Tehran to prevent supply losses. Banks are backing away from involvement in the trade of Iranian oil, and shippers are having trouble finding insurance for cargoes. European refiners, despite political support for Tehran in Brussels, have already moved to sharply cut purchases of Iranian crude.

“The 1 million barrel sanction-related decline in exports expected by the market is thus an (overly) optimistic scenario. The problem is that the US will probably not grant any exemptions for Iranian imports this time, as it did when sanctions were in place between 2012 and 2016. Supply on the oil market remains tight, in other words,” Commerzbank said in a note.

The losses are staggering, and could catch the market by surprise. “I am not sure this drop really got priced in,” Helima Croft, the chief commodities strategist at RBC, told the Journal. “Many markets participants still seem to believe that the decline will be smaller because President Trump would not dare risk overt tightening the market.”

Another sign of tightness in the physical market comes from floating storage. A surplus that had built up over the summer in the Atlantic basin has now declined by half in recent weeks, according to data from Reuters. Data from Kayrros also backed up this trend, suggesting floating inventories in Asia re also in decline.

The re-emergence of a contango in the oil futures market this summer boosted the incentive to store oil at sea, while some traders had difficulty selling some cargoes. That surplus is now nearly eliminated.

Some analysts argue the loss of supply from Iran is driving the drawdown in floating storage. “The overall situation ... is that US sanctions toward Iran are now increasingly kicking in, which will help to dry up the physical crude oil market and place it back into solid backwardation,” SEB head of commodities Bjarne Schieldrop said in a note this week. “This will shift the front end Brent crude oil price into the higher $70s range with a touch of $80s.”

The head of the IEA agrees. “Definitely there are some worries that oil markets can tighten toward the end of this year,” the organisation's executive director Fatih Birol told Reuters on Wednesday.

In addition to the physical market, there are other reasons for the recent gain in crude prices, such as the weakening of the dollar. The US dollar index is down about 2% since mid-August, hitting the pause button on what has been a nearly uninterrupted four-month period of gains. The fall back in the dollar has helped add a bit of upward momentum to crude oil, since oil is priced in dollars.

Finally, there are reasons for upside momentum related to the financial markets. Dan Russo of Chaikin Analytics said on Bloomberg TV on Wednesday from a technical standpoint, the “path of least resistance” is on the upside. “I wouldn’t be surprised to see [WTI] take out the recent highs around $74, trade up to $75 or so,” he said.