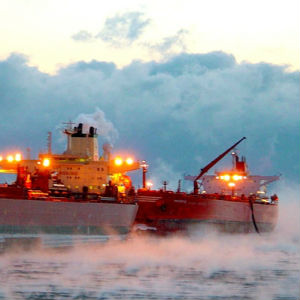 Condensate is a major export product for Iran, making up a large portion of its total oil and gas exports. Buyers of the superlight crude are under more pressure than importers of “regular” crude since there are few alternate suppliers. S&P Global Platts reported in August that South Korea was particularly concerned and eager to win a sanction waiver to be able to continue buying Iranian condensate.

At the beginning of October, for instance, Bloomberg reported that Iran’s oil and condensate exports had fallen to a two-and-a-half-year low at 1.72 million barrels of oil a day (b/d), but noting these were tracked exports.

S&P Global Platts estimated Iran’s crude and condensate exports will drop to 1.1 million b/d this month, with the US sanctions removing as much as 1.7 million b/d from markets from November on.

There are serious doubts that this much Iranian crude will actually leave the market. TankerTrackers.com reported in September that Iranian tankers were switching off their tracking devices after leaving their home ports, and later said that probably half of September’s exports were shipped with the trackers off.

Meanwhile, just days after it emerged that India was set to officially import 9 million barrels of Iranian oil in November, Reuters reported that a US government official had said the administration was considering waivers for some Iranian oil buyers. The waivers, the unnamed official said, would be for importers who had shown an effort to reduce their intake of Iranian crude.
Post to: