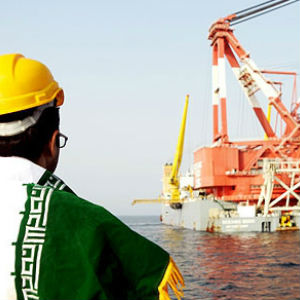 Subsidiaries of the National Iranian Oil Company (NIOC) signed on Tuesday agreements with Iran-based companies aimed at maintaining and increasing the production capacity of nine ageing oil and gas fields in deals worth a total of $1 billion, the Iranian oil ministry’s news service Shana reported.

The agreements signed today are part of a wider plan to have 33 projects for enhancing the production capacity at Iranian oil and gas fields. The 33 projects will be worth a total of $6 billion in three years, Shana reports.

Iran’s capacity may be increased, but its oil production and exports are currently limited by the US sanctions that returned in early November.

Before the sanctions, Iran was Opec's third-largest producer after Saudi Arabia and Iraq, while in December, as per Opec’s sources, the Islamic Republic was only fifth, after Saudi Arabia, Iraq, the UAE and Kuwait.

At the signing ceremony for the deals to boost Iranian production capacity, Iran’s Oil Minister Bijan Zanganeh said: “We wanted to create projects only for Iranian contractors”.

“We wanted to raise hope among local companies as [the US] wants to cause worry and upset Iranian people by the sanctions,” Platts quoted Zanganeh as saying.

Iran will not be complying with the “fully illegal” US sanctions, Zanganeh said earlier this month, in yet another defiant statement from Tehran after US sanctions on Iran’s oil and shipping industry snapped back.

While it stays under US sanctions, Iran will not be discussing the volume or the destination of its oil exports, the Iranian oil minister noted.