Can India afford to cut Iranian imports to zero? 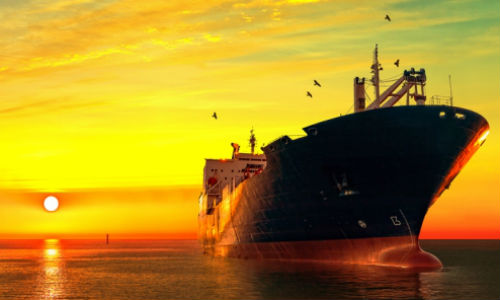 India is set to cut its imports of oil from Iran by half over the next two months, which will put a significant dent in Iran’s ability to find markets for its oil.

A report from Reuters suggests that India has plans to trim imports from Iran significantly in September and October, a move intended to satisfy the hawkish US government ahead of full implementation of sanctions on Iran’s oil sector in November. The Trump administration has called for countries to cut their imports from Iran to zero, but has indicated that it would be willing to offer some leniency to those who have difficulty going that far.

“We have told the Indians consistently, as we have told every nation, that on 4 November the sanctions with respect to Iranian crude oil will be enforced; and that we will consider waivers where appropriate, but that it is our expectation that the purchases of Iranian crude oil will go to zero from every country, or sanctions will be imposed,” US Secretary of State Mike Pompeo told reporters on 6 September. “So we’ll work with the Indians.”

A few months ago, India’s oil minister had told Indian refiners to prepare for a “drastic reduction or zero” imports from Iran. The reduction is likely, but top Indian officials have also reportedly pushed back against Washington’s demands to go all the way to zero.

Reuters suggests that India’s imports from Iran could fall to 360,000-370,000 barrels a day (b/d) in September and October, down from 658,000 b/d between April and August. In fact, India had ramped up purchases from Iran over the past few months, likely a strategy aimed at obtaining more oil before US sanctions and American scrutiny really started to bite. That also makes their subsequent cuts appear more dramatic.

“Some refiners have either already exhausted or front-loaded their term contract to a large extent, which allows them the flexibility to go to zero if required, or until clarity on the waivers emerge,” Amrita Sen, chief oil analyst at Energy Aspect, told Reuters.

But it is unlikely that India will be able to go all the way to zero. In fact, there is a ton of political pressure on the government of Prime Minister Narendra Modi because of soaring fuel prices. Not only have global oil prices climbed significantly this year, but India has not been spared from the turmoil that has hit emerging market currencies.

The rupee has lost more than 12% of its value against the dollar this year, magnifying the price of oil in local currency. Worse, India has revamped its fuel pricing last year, linking retail prices more closely with international prices. Now, with fuel prices skyrocketing, the government is under pressure to cave.

“The pressure on the Indian consumer is huge, as annual average GDP per capita in the country is just $7,800 compared to $62,200 in the US,” Bank of America Merrill Lynch wrote in a note in June. “With national elections in the horizon, politics are getting in the way of markets and small fuel tax reductions have already been enacted. Should fuel price regimes become more accommodative for the consumer, it would set the stage for increased government borrowing and a deteriorating debt profile. But it would not allow for a natural reduction in local oil demand.”

But the government is unlikely to roll back reforms made to retail fuel pricing, which has eased the fiscal burden on government coffers, according to S&P Global Platts. The government is trying to preserve the reforms, even though elections loom in the spring. If the government holds out, sticking with the price reforms, India’s oil consumption could fall as high prices weigh on consumer demand.

The domestic political and economic pressure will restrain New Delhi’s ability to cut Iranian imports by too much, even though the Indian government wants to maintain a strong relationship with the United States. But based on the tone of Sec. Pompeo’s comments, which seem to contain some degree of flexibility, it wouldn’t be surprising that Washington would grant India a waiver following the reduction of Iranian imports by a few hundred thousand barrels per day.