According to the company, Balkan countries anticipate an acute fuel shortage during the coming winter, while EU leaders are struggling to maintain the LNG and gas supplies. 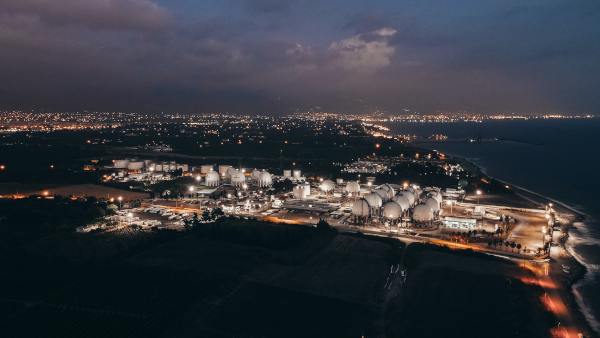 The entire Adriatic coastline of around 1,000km, extending from the Greece-Albania border to the Krk Terminal in Croatia, has no operating LNG terminal.

The Bar LNG terminal will primarily serve Montenegro along with Bosnia-Hercegovina, Kosovo, Serbia, Albania, and the southern region of Hungary, said LNG Alliance.

In May this year, LNG Alliance completed the pre-feasibility studies for the Bar LNG Terminal and signed a new MOU with the Port of Bar for further advanced studies.

The advanced studies will evaluate the feasibility for an FSU-based 0.4 MTPA import terminal, which can be modularly expanded to 1.2 MTPA capacity, as per the demand.

The terminal is designed considering future needs, and its existing tanks and piping will support the green ammonia imports in the future, said LNG Alliance.

LNG Alliance said: “The Bar LNG terminal will bring regasified LNG through gas pipelines to Montenegro and can support the entire Balkans through virtual pipelines, i.e., the distribution of LNG through ISO LNG Containers loaded onto trucks and trains to consumers, such as industrial clusters, LNG/CNG fuel stations, and municipalities, who are in remote locations far from the pipelines.”

According to the company, the current energy crisis in Europe underlines the requirement for alternatives to Russian gas.

The Bar LNG terminal is expected to play an important role as an LNG storage provider and as an LNG distributor to provide energy security to the entire Balkans region.

Its natural water depth, which eliminates the need for dredging, and good metocean conditions will enable the LNG ships to deliver the most competitively priced LNG.

In addition, the terminal will contribute to an affordable and reliable LNG supply in the Balkans, help revive closed-down industries, and promote gas in the region’s energy mix.