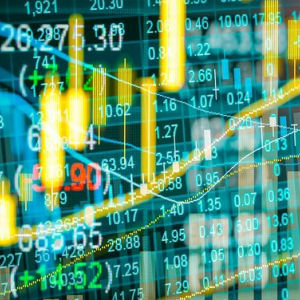 While the oil market and analysts are trying to guesstimate how much Iranian oil the US sanctions will stifle later this year, they all agree that the sanctions' return is the market’s key bullish driver, as well as the largest 'known unknown' for oil prices later this year and into 2019.

Some ultra-bullish hedge funds think that the US sanctions will remove much more than 1 million barrels per day (b/d) of Iranian oil from the market. Considering the low spare capacity for a quick ramp-up of production elsewhere, some hedge fund managers expect oil prices to jump to as high as $150 a barrel in 18 to 24 months.

“Our view is that by 4 November, we will have lost between 1.3 and 1.4 million barrels [of output] a day. It is a very big number. That’s based on the view that the US will allow a few temporary exception waivers,” Jean-Louis Le Mee, CEO at London-based Westbeck hedge fund told Reuters. “Ultimately, we could see losses from Iran exceed 2 million barrels a day,” Le Mee said.

According to Pierre Andurand, who manages the $1.2bn Andurand Commodities Fund, the world’s spare capacity is at its lowest ever, and this will be a real issue with global oil supply.

Replying to one of US President Donald Trump’s tweets blaming Opec for the “too high” oil prices, Andurand said in mid-June that “Opec has the lowest spare capacity ever right now. There is going to be a real issue. Prices will be above $150 in less than 2 years. Eventually higher prices will bring more supply. But right now [there is] too little supply coming over the next few years despite US supply growth.”

Generalist investors don’t have such bullish views, but “this is going to catch everybody by surprise”, according to Westbeck’s chief investment officer Will Smith, per Reuters.

“If we are right about oil going from $75 to $150 over the next 12 to 18 months, out-of-the-money oil options, further down the curve...look very exciting. The pay back there is just fantastic if we are right,” Smith said.

The loss of 2 million b/d of Iranian oil is the hedge fund's assumption in its bet on oil to reach $150 in a year or two. Iran’s oil exports peaked in April this year at 2.7 million b/d, and have been dropping every month since then.

Analysts expect Iranian oil exports to drop more noticeably beginning this month and in September, and the rate of decline to accelerate as the United States looks to have Iran’s current customers reduce Iranian oil imports to 'zero’.

According to Bank of America Merrill Lynch, total cut-off of Iranian exports would lead to a price spike above $120 a barrel. But, as BofA noted in July, the US might be able to take around 500,000 b/d of Iran’s oil from the market.

Yet, the US administration’s efforts to persuade as many countries as possible to drop imports of Iranian oil have intensified over the past month, and many analysts now see 1 million b/d as the more realistic assessment, up from initial estimates of some 500,000 b/d.

“As we go more towards (the fourth quarter)…that’s when we really see the risk of prices going well into the 80s and potentially even into the 90s, but very critical is how much Iranian production we lose,” Sen said, adding that 1.5 million b/d could be a “conservative” estimate for Iranian export losses.

Earlier this month, BofA said that although trade wars are a major downside risk to oil demand, it remains “much more concerned” about the sanctions on Iran. “For every 1 million barrels per day imbalance, we see a price impact on Brent of around $17,” Bank of America said.

Yet, the generalist investors in Brent Crude options are not following or sharing the views of the most bullish hedge funds, and their largest increase in open interest in Brent options over the past month has been input options, or contracts to sell oil at $60 to $65 a barrel between October 2018 and December 2020, according to estimates from the Intercontinental Exchange compiled by Reuters’ Amanda Cooper.

Investors and analysts who don’t see oil prices spiking to triple digits on the sanctions against Iran have reasons for being bearish, too. Escalating trade wars could dampen global economic growth and consequently, oil demand growth. The strengthening US dollar both raises the oil-importing countries’ import bills and makes dollar-priced oil more expensive to buy for holders of other currencies. Then there are also concerns that oil above $80 is the start of demand destruction, which Opec and its Russia-led friends want to avoid.

For now, just a couple of super bulls bet on oil prices returning to record highs, but we have yet to see what the biggest ‘known unknown’ – how many Iranian barrels will actually be off the market – has in store for the market later this year.