$90 oil is a very real possibility 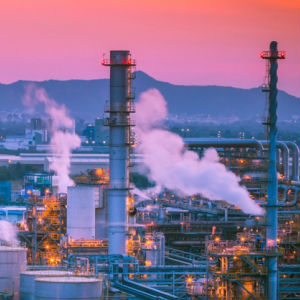 The first round of US sanctions on Iran just took effect, a slew of measures targeting Iran’s currency and its financial sector. The US sanctioned the trading of bank notes issued by the Iranian government, the trade of gold and precious metals, any transactions involving the Iranian rial, Iran’s sovereign debt and its automotive sector.

The sanctions will tighten the screws on the Iranian economy, and the measures have already sent the currency tumbling. However, the more important sanctions – targeting Iran’s oil exports – take effect in November.

There is still a wide range of possibilities for what is set to occur over the next three months in regards to the impact on production and exports. Originally, the Trump administration stated its desire to push Iran’s exports to “zero.” The subsequent spike in oil prices forced them to backtrack quite a bit.

But, the Trump administration has made it clear that it wants to cut off as much Iranian supply as the market can bear without sending prices up too much. Those are, in many ways, conflicting goals, but it likely means that a significant chunk of Iranian production will be disrupted.

“I don’t think the market has fully baked in losses over a few hundred thousand barrels [per day]. That’s where the price impact potentially would come in,” Richard Nephew, a senior research scholar at the Center on Global Energy Policy at Columbia University, told S&P Global Platts Capitol Crude on Monday.

“I think Iran will lose between 600,000 and 1 million barrels per day in exports, and that’s up from what I would have thought back in February,” he added, citing the Trump administration’s determination to push exports as close to zero as possible and the willingness from countries around the world to comply with American sanctions.

Meanwhile, US shale is already slowing down, and, in fact, shale output might have been slowing much more significantly in recent months than previously thought. EIA data released last week showed only tepid growth in the Permian for May, whereas the agency had previously expected growth to be robust for that month. The pipeline constraints in the Permian are clearly already starting to bite.

In other words, the oil market could see a disruption in Iranian supply at the same time that US shale output is slowing down. All the while demand continues to grow.

"As we go more towards (the fourth quarter) … that's when we really see the risk of prices going well into the 80s and potentially even into the 90s, but very critical is how much Iranian production we lose," Amrita Sen, chief oil analyst at Energy Aspects, told CNBC's "Squawk Box Europe" on Monday. She expects Iran to lose between 1.2 and 1.5 million barrels per day (mb/d) by the end of the year compared to the April peak.

In the short run, oil prices received a lift on news that Saudi Arabia cut production in July to just 10.29 mb/d, down about 200,000 (b/d) from June levels. The unexpected reduction reportedly came in response to Saudi Arabia’s inability to find buyers for its oil at the price that it had wanted. Instead of offering a lower price, Saudi Arabia apparently decided to simply cutback on output.

The move was not anticipated but it is an indication that Riyadh is determined to keep prices somewhat elevated, and has no interest in letting them fall ahead of the implementation of sanctions on Iran. Instead, it seems that Saudi Arabia will try to calibrate production so as to keep prices within a desired range, tweaking output up or down in a given month to achieve market “balance.”