Safety is an operational imperative for the oil and gas industry, but what about the more subtle health effects of the offshore lifestyle? Julian Turner talks to Robert Paterson, health and safety director at Oil & Gas UK, and David Hainsworth, Total E&P UK’s director of safety, health, environment, quality and integrity, about the issue of weight gain among workers.

In a compelling speech delivered on 26 August 2014 at an Oil and Gas UK breakfast briefing in Aberdeen, UK, Sodexo managing director Ian Russell outlined in stark terms the physical and mental stresses placed upon the 61,892 UK oil and gas workers who travelled and worked offshore in 2013. They include crowded and unnatural working conditions, a psychologically demanding environment with the constant risk of accidents, stringent security rules, 12-hour working days - sometimes for 14 days in succession - and prolonged periods away from family and friends.

One of the most salient aspects of this high-pressure working environment is excessive weight gain among offshore personnel. In its latest annual health and safety report, Oil & Gas UK noted that the weight of a typical man employed on North Sea installations has increased to over 14st (89kg), and that the average weight of men working in the offshore oil and gas industry rose by 20% between 1985 and 2014.

The health and well-being of an expanding workforce - the number of employees travelling offshore grew by 8.6% in 2013 compared with the previous year - is the subject of a two-year study by Robert Gordon University (RGU), which employs 3D scanners to measure the size and shape of workers.

"The burgeoning disease burden that we have to work with is a combination of the interaction of inactivity and weight gain, and genetic antecedents," he told the audience at the event entitled 'Recipe for a healthy workforce'.

"We are dealing with a much greater risk of ill-health offshore nowadays than an accident offshore, certainly in terms of medical evacuations."

The statistics related to the health of UK offshore workers make sobering reading. Research by Sodexo found that 64% of offshore workers were overweight or obese, 34% drank more than the recommended UK Government limit, 32% were smokers and 34% were behaviourally detached.

The pilot study also noted that 30% of the offshore workers surveyed were dissatisfied with their material and physical well-being, while 34% were dissatisfied with their health. As the leading UK offshore industry association, Oil & Gas UK recognises the importance of providing occupational health services, employee assistance programmes and on-site medical support provision to assist personnel in difficulty.

Oil & Gas UK is collaborating with Step Change in Safety to raise awareness of the problem of rising obesity, as the organisation's health and safety director, Robert Paterson, explains.

"The data indicating that the average weight of offshore workers is rising reflects the general trend within society at large, where lifestyles tend to be more sedentary than in the past and diets may be characterised by high- energy-density food," he says.

"Oil & Gas UK organised the health and well-being breakfast briefing to help raise awareness of this as an issue requiring further attention."

Paterson is quick to point out that success depends on a combination of industry-wide health and well-being initiatives, and an embedded culture of personal responsibility among offshore workers. "Adopting a long-term strategic approach to employee health and well-being is key to ensuring that people and organisations thrive," he says.

"The process is very much two-way: employers need to embrace the opportunity to enhance the well-being of employees within their existing business processes and objectives, and recognise the associated business benefits. Employees also have a key role, but must accept that a significant part of achieving a healthy lifestyle is under their own control."

The issue will also fuel growing concern over the safety implications of transporting larger workers by helicopter in the wake of the Civil Aviation Authority ruling that oil workers unable to get through aircraft emergency windows while wearing survival suits would not be allowed to board helicopters. At present, it is estimated that 25% of helicopter windows are suitable for extra-broad (XBR) passengers.

"It is natural that the offshore workforce has been concerned about the body size and compatibility with push-out window emergency exit size; we recognise that this is a legitimate concern," Paterson says.

These criteria come in response to the size restrictions laid out by the CAA in February 2014. Step Change in Safety is working closely with the CAA on the guidance for the safe exit from aircraft emergency windows.

"Employees play a key role, but must accept that a significant part of achieving a healthy lifestyle is under their own control."

In October 2014, Step Change in Safety announced that helicopter passengers with a shoulder width of 22in or more will be classed as XBR and will be required to sit in seats near windows with a diagonal measurement of at least 22in.

"The Step Change in Safety Passenger Size workgroup, which was formed in response to the CAA report, is working closely with the CAA and other companies to work out how, when and where helicopter passengers will be measured," he adds.

Total E&P UK is one of several operators to adopt a proactive approach to the issue of long-term employee worker health and well-being through multiple company-wide health campaigns.

"Total has always promoted healthy lifestyles and choices through a variety of initiatives and interventions," says David Hainsworth, Total E&P UK's director of safety, heath, environment, quality and integrity, and a keynote speaker at the Oil & Gas UK business breakfast last August. "It is great to see that the workforce as a whole now recognises the challenges and is taking action directly.

"For example, Total's Alwyn platform's Welfare Committee recognised the importance of personal health and well-being. They organised a 'biggest loser' competition with prizes for those with the biggest weight loss.

"The competition helped illustrate the risks of obesity, while encouraging and motivating those involved to take part in activities to promote healthy living," Hainsworth continues.

"A number of personnel working on board Alwyn lost weight as a result. The initiative started in 2013 with 40 contestants. Loss was measured in terms of body fat, rather than weight. The individual winner was Gary Cramb, whose body fat percentage dropped from 21 to 10%.

"More importantly, there has been wide buy-in from Alwyn crew. As such, there is demand to run the competition again this year. Total is also inviting its other offshore installations and other parts of its business to participate in the future."

For its part, Sodexo has introduced Well Track, which is a holistic, incentives-based programme that rewards offshore workers for getting into and then subsequently staying in shape at work and on leave, physically and mentally.

As offshore operators enter increasingly extreme environments in search of dwindling hydrocarbon reserves, so the offshore workplace is set to become more demanding - physically and psychologically - for employees working at the business end of the oil and gas E&P industry.

"Health and safety is an important part of any industry but particularly so in the offshore sector, which is classed as a major hazards industry," says Robert Paterson. "Oil & Gas UK's remit is to work with the industry to reduce the number of dangerous occurrences, and prevent workforce injuries and ill health.

"In terms of promoting employee well-being, Oil & Gas UK has an active occupational health network through which member companies share and communicate on health-related matters. The industry recognises the importance of joined-up working, and engages the workforce and trade unions through offshore safety committees and onshore networks."

For David Hainsworth, the issue of long-term health and well-being is not just pertinent to onshore and offshore employees, and other industry sectors, but also to society as a whole.

"The UK faces a new health challenge. It used to be infectious diseases that posed the main threat to health," he says. "Today, the challenge is long-term conditions caused by poor lifestyle, such as diabetes. The energy industry workforce faces the same challenge." 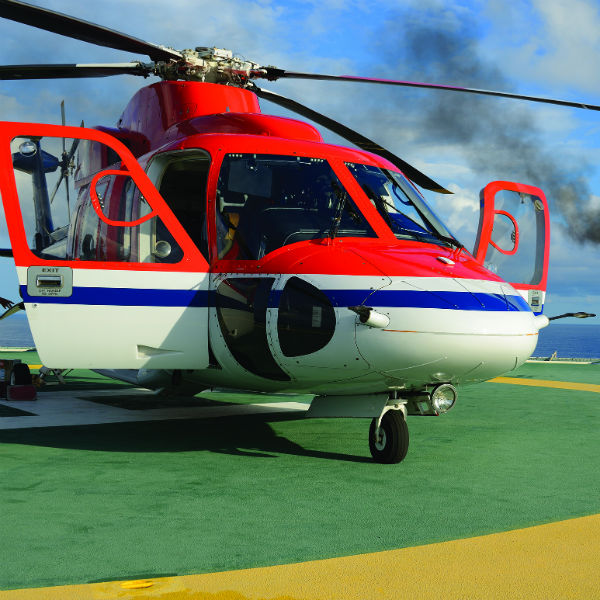 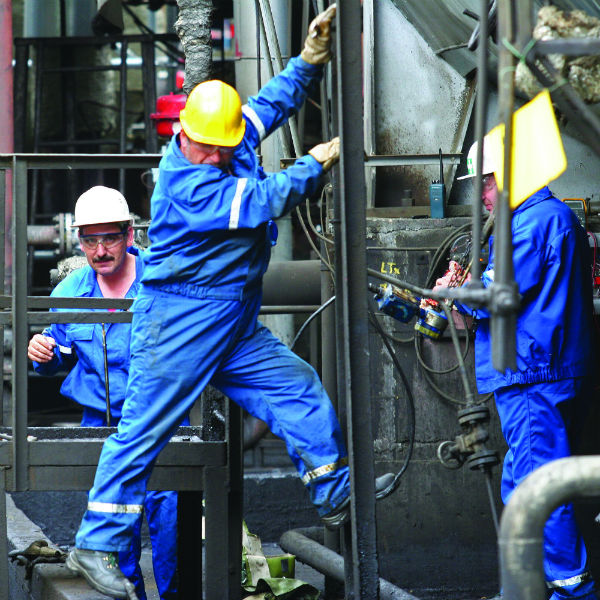 Health issues on rigs reflect those of society in general.
Post to: