Ingersoll Rand - More than simply uptime is on the line

While trying to cut costs, one area where operators cannot compromise is on worker safety. Fortunately, with its multitude of cutting-edge safety features, and build quality adapted to the harsh environments encountered in the oil and gas industry, the new MR150 Man Rider winch from Ingersoll Rand offers peace of mind at an affordable price.

As oil producers cut jobs, operating costs and capital spending, there is concern that commercial considerations will affect the industry's safety culture. Worker safety in rig operations should never be tied to economic conditions. A new winch from Ingersoll Rand allows rig operators to maintain a robust safety culture at an economical price. The new MR150 Man Rider consolidates all the best safety features from the Ingersoll Rand lifting portfolio as standard in one system.

Nabors Industries, owner and operator of the world's largest land-based oil-drilling rig fleet, has been using the Ingersoll Rand MR150 Man Rider on a rig in Kuwait, where the winch has become a trusted, integral part of daily operations.

"Rig and service hands feel safe and secure being lifted to perform any task, at any height, with the confidence of knowing their lives are secure," says Scott West, Nabors' rig manager. Safety features of the MR150 winch include a slack-line-prevention system and an emergency lowering system, as well as a number of intuitive design elements that help rig workers protect themselves and co-workers during operation.

The integrated slack-line-prevention system immediately shuts down operation of the winch if the line gets caught or snagged, preventing the winch from extending more line and the rider from falling. The emergency lowering system has a dedicated built-in storage tank ensuring there is enough air for a controlled descent of the worker on the line even in the event of a complete loss of air. An intuitive overload protection feature triggers automatic shutdown when a load exceeds 150kg. Lastly, in the case of an extreme emergency, an operator can quickly and easily stop the operation of the MR150 Man Rider winch with the press of a button.

Reliability and safety are everything, and it's critical for workers to know the equipment they're using won't let them down. Ergonomic features such as upper and lower-limit switches, smartly placed within the winch drum, prevent operators from lifting loads beyond set safety limits while offering protection against the elements and accidental activation. A variable-speed throttle allows 'lift-and-shift' control, limiting the potential for overhauling, or accidentally raising or lowering the rider on the line without the operator being in direct control during operation.

Built for the conditions

Nabors has deployed the Ingersoll Rand MR150 winch because of its safety systems, as well as its ability to withstand the harsh desert environment and temperatures of 55°C. The winch is air-operated and built around a precision variable-speed motor supported with integrated systems that keep the motor running well despite harsh desert conditions, or the cold, salty, moisture-ridden air that are the hallmarks of the North Sea environment. An integrated water separator protects the motor by filtering out moisture from the air before it enters the motor cavity. The filter, regulator and lubricator keep components clean and running smoothly, while also helping to minimise corrosion.

Durable materials encase the essential internal and external components of the MR150 Man Rider. Stainless steel uprights, stainless steel and brass fittings, and hoses made of braided stainless steel and polytetrafluoroethylene (PTFE) are used throughout the winch to protect it from corrosion. Sandblasted carbozinc steel guards are coated in marine-grade paint and help to protect external features - such as the throttle lever, water separator, filter and lubricator - on either side of the winch. 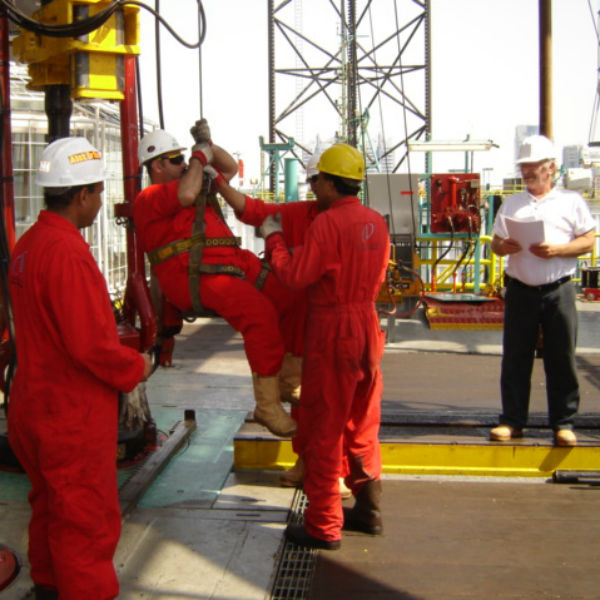 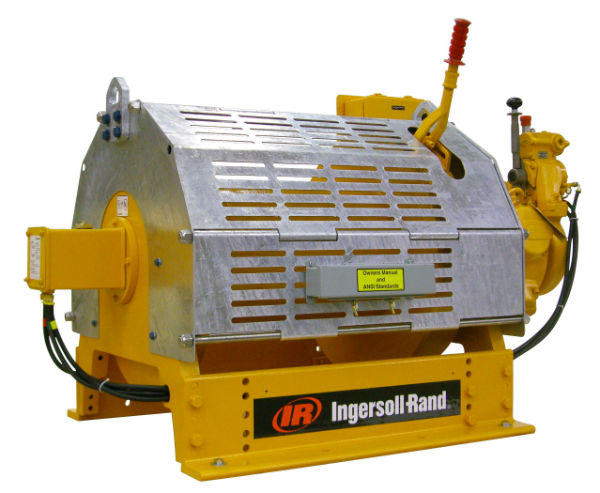 Ingersoll Rand pioneered the development of Man Rider winches and has provided thousands of them to drilling companies around the world. This experience is built into all MR150 Man Rider winches and helps you protect your most important asset, your people.
Designed for the harshest environments and applications, Ingersoll Rand BOP Handling Systems reflect years of experience building these complex and critical products for major drilling contractors and oil companies across the globe.
Ingersoll Rand Liftchain Hoists are the most versatile heavy-lifting hoists. They incorporate all the best features from decades of experience into a compact yet rugged frame.
Ingersoll Rand MR150 Man Rider winches meet strict safe-lifting standards and include safety features designed to help ensure the safety of workers. 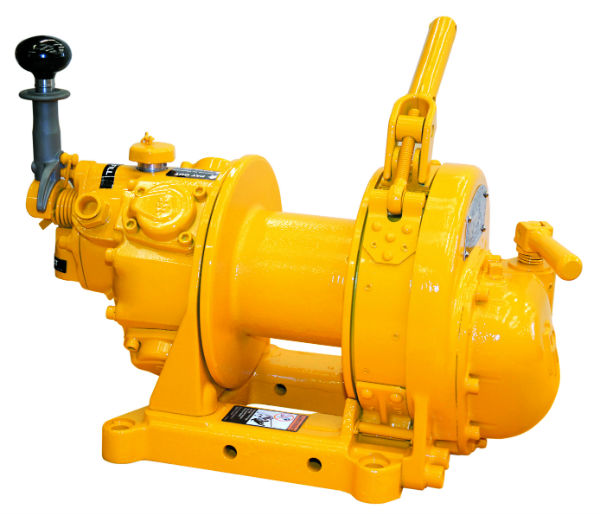