The lifetimes of older assets are being extended thanks to new approaches to inspection, maintenance and repair. Statoil’s Siv Heggem tells Jim Banks how the technological innovations that keep production at mature installations viable are being forged during the exploration of new reserves in challenging environments.

Assets that have been pivotal to the development of reserves in the North Sea and the Norwegian Continental Shelf (NCS) have reached maturity. In the past, they would have been earmarked for decommissioning, but an extended period of high oil prices means that many fields continue to have a commercially viable future, while advances in subsea inspection and maintenance technology are extending their lifespan.

"It is a high priority for us to get the most out of these assets and it is part of our strategy to revitalise old fields and prolong their lifetimes," says Siv Heggem, vice-president of pipeline and transport technology at Statoil's business unit for technology excellence. "There are challenges because the reservoirs must either maintain pressure or we must reduce high pressure to move to low-pressure production. And we have to work with the existing pipeline and processing infrastructure.

"We must interface topside and with the reservoir, and it can be expensive to build new infrastructure, so we must make the most of the existing risers and pipelines. This means looking at new technology and inspection methods," she adds.

Statoil is the leading oil and gas producer on the NCS, and has extensive North Sea operations. The company is also going through a period of global expansion, and as it explores new and challenging areas, its effort to develop and qualify new technology is focused on both production methods for new and challenging environments, and ways to make existing reserves more productive.

Last year, the additional oil and gas output Statoil derived from existing fields on the NCS was equivalent to the two new discoveries of Skrugard and Havis combined. Since its efforts in maturing fields began, it has added over 7.5 billion barrels of oil, twice the amount it extracts from Norway's most productive field, Statfjord.

Turning on the hot tap

The company's investment in technological innovation has played a major role in such significant successes, and among its achievements is the development of more sophisticated techniques for hot tapping.

Hot tapping is a useful process for performing repairs, installing replacement equipment or enabling a tie-in on a pipeline that remains pressurised throughout the operation. The benefit is that it enables these procedures to take place without closing down the system.

"Hot tapping is the most important new technology we are using in these areas," says Heggem. "It enables us to tap into existing pipelines without shutting them down. We remove the coating, and install valves and other equipment to allow us to install a new pipeline. This process was totally diver-based, but this year we have been performing fully diverless hot tapping.

"We can do it all with equipment, so we can now go deeper than diver depth to do hot tapping. This is an important step forward. For the first time ever, we can carry out subsea welding without divers."

Advances in hot tapping stem from a sophisticated maintenance system that allows teams to repair and extend assets that are deep below the surface. The pipeline repair system (PRS) based at Haugesund is the kind of technology that is being used to perform such operations at greater depths, a crucial innovation, since the world's remaining resources are increasingly being found in deeper water.

The PRS was initially designed to deal with emergency maintenance work, but is now used regularly for the routine maintenance of underwater equipment and for extending existing infrastructure with tie-ins or hot taps. There is growing demand for the system as working depths increase and ultimately extend beyond the capability of divers. Enabling remotely controlled equipment to perform such tasks at depths that were previously unreachable is a huge step forward.

The world's deepest hot tap on a pressurised pipeline was performed in August 2011 at the Ormen Lange field in the Norwegian Sea, and was one of the largest and most complex industrial projects ever undertaken in Norway. The field's entire subsea infrastructure stands on the seabed at a depth of 800-1,100m.

"Since its efforts in maturing fields began, Statoil has added over 7.5 billion barrels of oil, twice the amount it extracts from Norway’s most productive field, Statfjord."

Two hot taps were completed at a depth of 860m in the southern part of the field in order to tie-in a new subsea template to the existing infrastructure. The process used technology similar to that employed by divers, but with additional enhancements to suit the increased pressure at such depths.

The hot-tapping systems - including 100 sensors, 23 cameras and 18 subsea computers - were monitored and controlled by surface crews responding to data transmitted from the seabed through heavy-duty cables.

Being able to connect a spur to a producing pipeline can deliver significant cost savings, and the success of these diverless hot taps means these gains can be made not only in many of the mature fields in the NCS and the North Sea, but also in new projects where the reserves are in deep water.

"This is a very important technique for lifetime extension and for smaller fields as we can tie into existing assets at the optimum place," explains Heggem. "That is good for flow assurance as we can optimise the tie-ins. It also makes it quicker and cheaper to tie-in to existing infrastructure. We have already used it in the North Sea to tie-in to long transport pipelines."

For Heggem, the development of advanced hot-tapping techniques from the PRS system is not only a validation of previous investments in the technology, but also a spur to continue pushing the boundaries of these systems.

"The pipeline repair system is important from the day you start a new pipeline because the value of the product is so high," she says. "You need to be prepared to mobilise in a short time, which means you need the equipment and the technicians at hand. We use the PRS in normal operations for tie-ins in order to train our operators so that they are ready when they are needed.

"If there is any damage then it may mean we would have to shut down lots of fields in the North Sea, as they are all connected," Heggem continues. "We have a lot of activity there and on the NCS, so we need to develop the technology for repair and to maximise the life of those assets. At the same time, the wider industry is moving to deeper and more remote areas, and we ourselves have a new field that is in deep water and has difficult seabed conditions, so there is a need for more complex, advanced and self-sufficient inspection and maintenance systems."

The challenges of exploring deeper beneath the sea and extending the lifespan of older assets share common features, and the two very different kinds of project inform each other.

Statoil is active in some extreme environments, including the Barents Sea in the Arctic. Here, where some of the world's coldest and wildest seas cover rich gas reserves, the company has achieved another world first - the first deep-sea field that has no accompanying offshore installation.

At Snøhvit, where the reserves lie 2km beneath the seabed and under 350m of water, wells are monitored and controlled remotely, with the gas transported through a seabed pipeline to an LNG processing plant on the island of Melkøya.

Given the freezing temperatures, high pressure and remote location, there is an emphasis on caring for assets, so monitoring, inspection and repair technology play a vital role.

"The challenges in these areas are powering the equipment, and the storage and transmission of data," says Heggem. "In solving these problems, we create technology that we can use in areas like the North Sea to expand the lifespan of assets in existing fields. There is also a lack of good inspection tools for flexible pipelines and risers, so we are working on that technology, too.

"Maintenance and inspection are always an important part of technology R&D, as they are so important for the operational life
of every field, but especially those in remote areas," she continues. "There is a big need for inspection data and analysis tools, and for more advanced materials."

Pushing the capability of available technologies will remain a key focus of investment for Statoil going forward, with future progress built on a solid platform of success and informed by past experience.

"We have done a lot for lifespan extension in the North Sea," says Heggem. "We have, for example, moved one field that has been in operation for many years from oil production to low-pressure gas production. We have also been successful in increasing the percentage of recoverable reserves from many reservoirs.

"Balancing commercial gain and cost is hard, and we always have to find more cost-efficient ways to extend an asset's lifespan, which is very different to developing a new field in terms of cost because we have to deal with old technology," she continues. "We need reasonable and practicable methods that provide high-quality production, and the right levels of health and safety, so there is always a need for new technology, but we are very encouraged by our successes so far."

This article was first published in our sister publication World Expro. 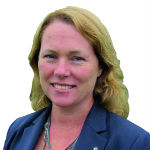 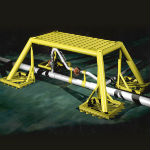