A major new deepwater discovery by Total in South Africa’s Outeniqua basin could breathe new life into the country’s stagnating upstream sector – but what challenges will need to be overcome first? Heidi Vella investigates with Justin Cochrane, associate director for African regional research at IHS.

Successful exploratory drilling by Total in South Africa’s Outeniqua basin has created huge excitement in the sector. In February, the company said it had encountered 57m of net gas condensate pay in Lower Cretaceous reservoirs in its deepwater Brulpadda prospects, located 175km off the country’s southern coast.

Total’s senior vice-president of exploration, Kevin McLachlan, commented in February that “with this discovery, Total has opened a new world-class gas and oil play, and is well positioned to test several follow-on prospects on the same block.”

For South Africa’s ailing offshore sector, Total’s announcement is much-needed good news. Upstream oil and gas production in the country has fallen by over half in the past decade, largely due to a lower oil price and lack of exploration.

However, this potential new play could reinvigorate exploration in the region, as well as provide a vital new energy supply to the country’s struggling power sector. Yet it’s still very early days for the prospect, say analysts, with many hurdles ahead – not least technical production challenges and uncertainty over Brulpadda’s commerciality.

There’s no question that Total’s Brulpadda discovery is hugely significant; it’s the first big oil and gas find in the Outeniqua Basin (Block 11B/12B), and so is essentially opening up the deepwater play.

Total first drilled the basin in 2014 but had to suspend operations due to technical challenges. The company had struggled to keep the drill rig in place due to the fierce current that runs from east to west along the southern South African coast.

The company is yet to give a definitive estimate on the well’s potential reserves. However, company CEO Patrick Pouyanné has said he thinks there could be up to a billion barrels of oil equivalent (boe) in the whole turbidite, which covers an area of 19,000km2, with water depths ranging from 200m to 1,800m.

However, Justin Cochrane, associate director for African regional research at IHS, says his company estimate the reserves for the Brulpadda well that were recently drilled could be smaller than some have predicted. “Figures have been rolled around 500 million or a billion boe, but our view is it could be a lot smaller – more likely around 200–250 million boe,” he says.

He notes that Canadian oil and gas company Africa Energy, a minority stakeholder in the project, has previously said that when drilling Brulpadda, oil and water was intercepted, which means the prospect isn’t ‘full to spill with hydrocarbons’. “This doesn’t make it any less significant, however, because it shows there is follow-on potential across the turbidite,” Cochrane adds.

Within the turbidite, five prospects have been identified and ear-marked for exploration. Total, which is the operator with a 45% working interest, alongside Qatar Petroleum (25%), CNR international (20%) and Main Street, a South African consortium (10%), said it also planned to acquire 3D seismic of the area this year.

While Cochrane says he doesn’t think the discovery is economic yet, he believes it has a lot of follow-on potential. “If there is another discovery there is a real possibility it could get developed – it might be there are 750 million boe in the remaining four prospects,” he adds.

In July, Africa Energy announced that Total will once again be engaging in exploration in the Outeniqua basin, with a drilling programme slated for Q1 2020 that will involve up to three exploration wells.

“Figures have been rolled around 500 million or a billion boe, but our view is it could be a lot smaller – more likely around 200–250 million boe.”

“We are very pleased that Total was able to secure the Deepsea Stavanger rig again for the next phase of drilling on Block 11B/12B offshore South Africa,” said Garrett Soden, Africa Energy’s president and CEO, in a press release. “Using the same equipment and crew that drilled the Brulpadda oil and gas discovery earlier this year should save time and reduce cost.”

To commercially develop Brulpadda, Africa Energy has said it would need 350 million barrels of oil selling at $60 a barrel. This is probably due to the extremely challenging development conditions that will likely drive up costs. For example, the extreme water depths and strong current means that development with a FPSO may be unrealistic.

“More likely it will require being tied back to the shelf, which will be expensive, so it will need enough reserves to make it economic,” says Cochrane. Other projects have undergone delays and reserve write-downs due to similar difficulties.

However, if Brulpadda proved economic, its production would have a market at PetroSAoperated Mossel Bay gas-to-liquids refinery, which could reportedly run out of gas supply between 2020 and 2022.

“It would definitely find a market there,” says Cochrane. “South Africa is struggling with power supply, so there would be potential for other gas-topower projects, and there are several other power stations that can switch to gas.”

However, he doesn’t think this one discovery will alleviate or reform South Africa’s power supply issues. “It could reduce costs slightly by providing access to home-grown supply instead of imports, but it won’t stop imports completely. Furthermore, extra power capacity would be needed otherwise there could be fuel but not the generation capacity,” says Cochrane.

“South Africa is struggling with power supply, so there would be potential for other gas-to-power projects, and there are several other power stations that can switch to gas.”

Edgar van der Meer, an analyst at NRG Expert, says the potential the South African power market provides makes the country more attractive to foreign financiers looking to invest in offshore oil and gas. “The country’s transition away from coal in the power sector is encouraging infrastructure investment in the oil and gas sectors, which could open the door to a bigger export market,” he says. “Local power generation stands to benefit most from these developments, with a potential source of fuel to allow for expansion of generation capacity and network improvements to improve reliability.”

Presently, South Africa’s primary energy source is coal but the government does have ambitions, outlined in its National Gas Infrastructure Development Plan draft, to develop an infrastructure framework for future gas power.

Up until now, the majority of activity offshore South Africa has been concentrated in regions of 250m of water, and fields already in production are in decline. Most of the potential plays available have already been licensed to companies; Statoil, ExxonMobil and Eni all have interests in acreage ripe for exploration. So what has been holding back activity?

“A large part of the fall in upstream oil production is because of the price of oil and the difficulty of drilling in the area; high costs of exploration and the decline in prices have squeezed the margins putting pressure on supply,” explains Van der Meer.

The government has also created significant uncertainty for the sector, says Cochrane, with the proposal of a minerals and petroleum act that was deliberated for many years but has now been scrapped. New legislation is under development but it will likely take a while. “Once that is in place it may encourage more activity,” says Cochrane. The 2019 election also caused issues.

“With a clear regulatory and legislative framework, there is certainly potential for a rush on foreign investment; but with the political uncertainty and marked divisions in policy directions between the parties vying for office, few have been keen to act,” says Van der Meer.

South Africa does have some of the best fiscal terms in Africa – but there is always an underlying fear with investors that once discoveries are made the government will tighten fiscal returns, says Cochrane. This happened in Tanzania “where very demanding regulation is discouraging activity”, he adds.

“Total needs to make a lot of significant discoveries to cluster together the reserves and once the fiscal terms are crystalline and everyone has certainty it will encourage development – I think those are the key things that need to be addressed,” concludes Cochrane. 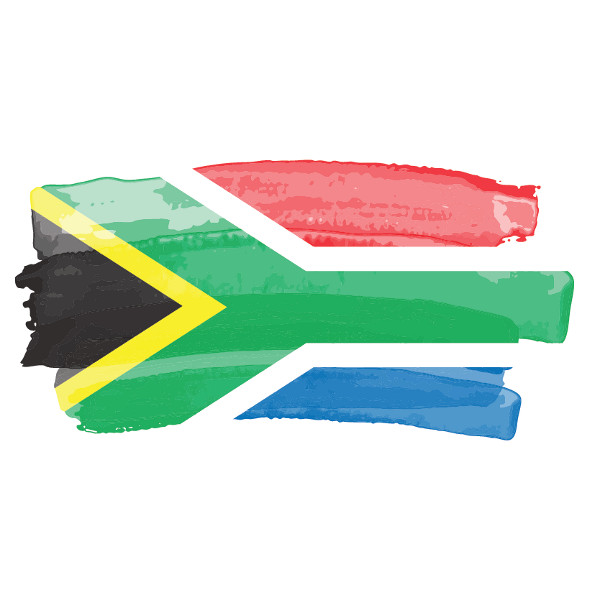 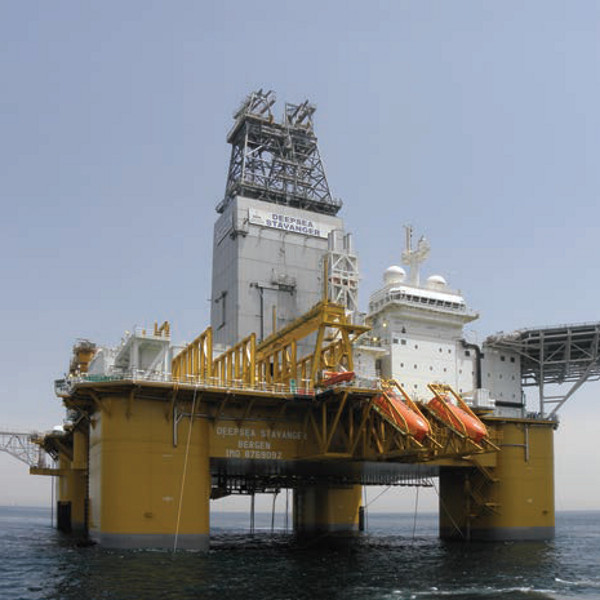 Total has secured the Deepsea Stavanger rig for the next phase of drilling on Block 11B/12B off the coast of South Africa. 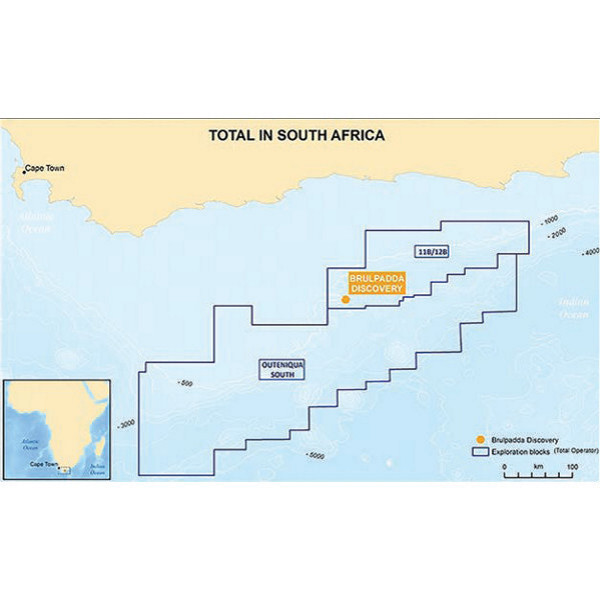